In 1935 - thirteen years after a meeting above "The Ideal Milk Bar" in Campsie led to the creation of the Canterbury-Bankstown Junior Rugby League - the Canterbury club was admitted into the elite New South Wales Rugby Football League premiership. It took the new club, nicknamed "Country Bumpkins" because of their rural recruiting and CB emblem, just three years to win their first premiership in 1938. The grand final-winning effort was repeated again in 1942 before a 25-year drought set in.

In NSWRFL season 19671967, having ended the 11-year premiership reign of the great St.George by knocking them out in the final, "The Berries" (as they were known at the time) went down to the South Sydney Rabbitohs in the grand final. But the return to the top end of the table set the scene for off-field restructuring that laid the foundations for the club to become one of the most consistent achievers in the remaining decades of the 20th century.

In 1978 Canterbury became known as "The Bulldogs". "Cantabs" "CBs" and "Berries" were seen to be "soft" nicknames and the club wanted something to signify determination and grit. A grand final appearance in 1979, followed by a grand final win in 1980 with a young, enthusiastic and free-running side dubbed "The Entertainers", was the beginning of a golden era that was to produce three more grand final wins in the 80s: 1984, 1985 and 1988.

In the 1990s' Super League war, the Bulldogs aligned themselves with the rebel competition, playing the 1997 Super League premiership. In 1998 the Bulldogs came close to adding another trophy to the cabinet after battling their way to the Grand Final where they met the Brisbane Broncos and went down 38&ndash;12. On the way to the 1998 Grand Final. After trailing by 16 points with ten minutes remaining, the Bulldogs got home 32&ndash;20 winners in extra time thanks to a brilliant try to Rod Silva and two pressure conversions from Daryl Halligan.

In 2002, the club was found to have breached the NRL salary cap, and was docked all 37 competition points which it had amassed up to that point in the season. This resulted in the club falling from first to last place on the ladder, and at the end of the season the Bulldogs received their first wooden spoon for several decades.

The Bulldogs did well in 2003, however they fell one step short of yet another Grand Final after going down to the Roosters 28&ndash;18 in the Preliminary Final.

Despite the club's well-documented off-field dramas, the Bulldogs managed to maintain their focus on football and were rewarded with the ultimate prize when they held out arch-rivals the Sydney Roosters in a 16&ndash;13 thriller. This was the last for the departing captain Steve Price. Also, this victory capped club's 70th anniversary season. Their eighth premiership trophy moved the club into a clear fifth place in the all-time tally.

The Bulldogs were unable to mount a serious defence of the title in 2005 as injuries and contract negotiations saw the year start and finish on a sour note for the club. Due to the extent of injuries suffered, the team at times was unable to be at full-strength. Template:Fact This took its toll in the final six weeks of the season, with the club suffering heavy losses and missing the finals series. In 2006, little was expected from the club after a lacklustre 2005 season, but despite some doubt over the strength of their side, the Bulldogs' impressive forward pack helped them to a better than expected result for the year, finishing just a game short of the Grand Final, in which they lost to eventual premiers the Brisbane Broncos. 2007 saw an indifferent and inconsistent season, the team never really clicking into top gear, eventually eliminated from the finals, finishing sixth after losing to Parramatta in the second week of the Finals Series.

The club began 2008 having lost two of its highest-profile players, Mark O'Meley and Willie Mason, who both moved to the Sydney Roosters. They were further hurt by the mid season loss of Sonny Bill Williams, and finished the season with the wooden spoon.

The initial crest was a 'C-B' in a shield, which was used until the adoption of the 'Bulldogs' name and logo in 1978. There have been two main versions of the bulldog logo, although the current version has seen two slightly different incarnations. The most recent, with larger 'Bulldogs' text to make it friendlier to the eye, can be seen at the top of this page. In April 2009, the club announced that the emblem would be redesigned to celebrate the club's 75th anniversary in 2010, and to better reflect the club's "true essence and history".

The Bulldogs have played in predominantly blue and white strip since the club entered the league in 1935. The only exception to this was during the Second World War, when rationing meant they had to wear a maroon jersey with a blue 'V'.

There have been three basic strip designs since the club's inception in the top flight league competition:

This design had blue and white irregular stripes worn with black shorts. The irregular strip has been used recently in occasional 'heritage' matches (eg Heritage round in 2008 vs St George-Illawarra)

In their inaugural season, very few home matches were allocated to the Canterbury-Bankstown club. However, when the opportunity arose the club took their matches to either Marrickville or Pratten Park. This was from the following season on when the club began to base itself at Belmore Sports Ground. The club had a long-time affinity with the ground and stayed there continuously until 1994.

In 1995 when the Super League War began to come about, the club changed its playing name to the "Sydney Bulldogs" in an attempt to broaden its fan base and played matches at Parramatta Stadium where spectator facilities were of a higher class. This move paid off with the club going on to become premiers that season. However, the club reverted its name for the 1996 season and once again played matches out of Belmore Sports Ground; something that lasted up until the inaugural National Rugby League season of 1998.

Once the new Stadium Australia had been finished and opened in preparation for the Sydney 2000 Olympic Games, the club began to play matches there between 1999 and 2000. From 2001 to 2005, the club then began to play matches out of the new Sydney Showground at Homebush Bay, with bigger matches played out of the then-Telstra Stadium from 2003. When fans began to complain about the poor quality of the Showground venue as a rugby league ground, the club eventually decided to move all future home matches to the Stadium, where the club remains. In 2008, Telstra Stadium became known as ANZ Stadium.

The club's training and administration offices remained at Belmore Sports Ground until the beginning of 2008, but were relocated to Sydney Olympic Park during the 2008 season. 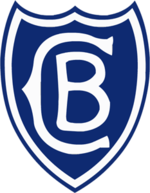 Retrieved from "https://nrl.fandom.com/wiki/Canterbury_Bulldogs?oldid=3038"
Community content is available under CC-BY-SA unless otherwise noted.